Businesses have leveraged employees to amass billions of dollars by offering innovative services to millions of customers worldwide. At the same time, they have also been impacted by economic, political, legal, and socio-cultural factors.

Yes, no doubt, many businesses have either been made or marred by the factors mentioned earlier. However, the idea of diversity and inclusion in the workplace has never been so much on the front burner that organisations are hurrying to become more diverse and inclusive in their employment and organisational structure.

According to Deloitte, diverse companies enjoy 2.3 times higher cash flow per employee. In addition, Gartner found that inclusive teams improve team performance by up to 30 per cent in high-diversity environments. In a BCG study, companies with diverse management teams had a 19 per cent increase in revenue compared to their less diverse counterparts.

As a result, The workplace now demands diverse employees because it encourages retention and impacts growth and public perception. This apparently can determine the success or failure of any business.

Interestingly, diversity and inclusion has even become more critical due to the covid-19 pandemic. Many people, especially minorities, are currently out of jobs. With more companies becoming diverse and inclusive, they would get jobs and become empowered to contribute their quota to the growth of the business.

In its ‘’Diversity wins: How inclusion matters’’ report, Mckinsey says that “I&D is a powerful enabler of business performance. Companies whose leaders welcome diverse talents and include multiple perspectives are likely to emerge from the covid-19 crisis stronger.”

But what is diversity and inclusion?  According to GreatPlaceToWork,  “a diverse and inclusive workplace makes everyone, regardless of who they are or what they do for the business, feel equally involved in and supported in all areas of the workplace. The “all areas” part is important.”

This means that society and the workplace have moved beyond structural biases and individualism, where those in power exclude marginalized people, to a more collective, participatory, inclusive, and diverse one.

The configuration of the world warrants the recognition of gay rights, people of colour, persons with disabilities, women, the weak, and the underrepresented. Today, organisations have no other choice than to comply because doing this will give them a competitive advantage.

It is good to know that progress is being made in countries and organisations.

The Global Diversity Rankings by Country, Sector and Occupation published by Forbes shows that the nations with the most diverse labour forces are Norway, New Zealand, Iceland, Australia, Switzerland, the Netherlands, and Canada.

Exceptionally high levels of gender diversity drive Norway’s ranking. The Norwegian government has a gender quota system that requires a certain proportion of women to be on the board of each publicly listed company.

The report further reveals that the lower end of the rankings features Italy, Japan, and France, while the least diverse countries are the Czech Republic, Turkey, Hungary and Pakistan.

In terms of diverse companies, the United States is leading with 25 companies out of the top 100, says a Refinitiv report.  The list includes Gap Inc, Royal Bank of Canada, Accenture Plc, Coca-Cola, and Mastercard.

It is exciting to see some significant advancement in Diversity and Inclusion. As founder and CEO of Zarttech, we promote diversity and inclusion by connecting Africans to the global marketplace.  However, there is still much more to be done, especially in giving minorities more opportunities to access jobs and climb up the employment ladder. This will, in the long run, be beneficial to the organisation. 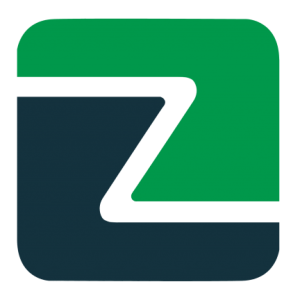 The Future is Africa: Can-do Attitude, Resilience and Entrepreneurship Spirit of African IT Expert

As a software developer or engineer looking to actively grow...

Everyone, techy or not may have at some point heard...

Throughout the course of recent years, DevOps has developed from...